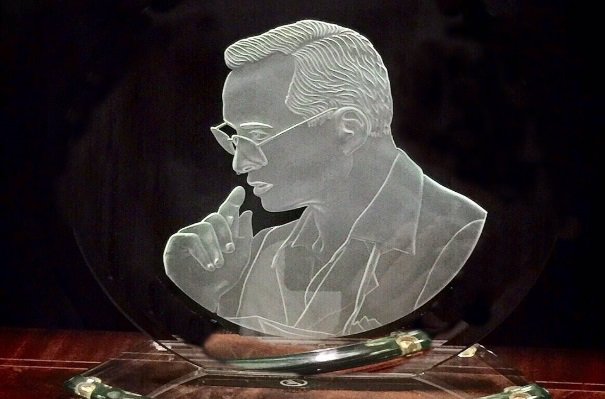 The cremation and ceremonies for our beloved departed King have now concluded. We sincerely thank everyone for all the kind words of support and thoughtful sharing with us during our difficult times. Over 50 countries sent dignitaries and official delegations to attend the cremation and funeral ceremonies including HM Queen Silvia of Sweden, HM Queen Maxima of the Netherlands, HM Queen Mathilde of Belgium, HM Queen Sofia of Spain, HRH Crown Prince Frederik of Denmark, HRH Crown Prince Haakon Magnus of Norway, Their Majesties King Letsie III and Queen Masenate Mohato Seeiso of Lesotho, Their Majesties King Jigme Khesar Namgyel Wangchuck and Queen Ashi Jetsun Pema Wangchuck of Bhutan, Myanmar’s President U Htin Kyaw, Laos’ President Bounnhang Vorachith, Singapore’s President Madam Halimah Yacob, and Cambodia’s Prime Minister Hun Sen. We also received condolences from Heads and Former Heads of State and Heads of Parliaments, of which some are included here.

Emperor Akihito and Empress Michiko of Japan paid their respects and laid a wreath to the late King at the Grand Palace. Later, King Maha Vajiralongkorn received the imperial couple at the Dusit Palace and presented them with gifts.

His Royal Highness Prince Andrew, the Duke of York, the official representative of Britain’s Queen Elizabeth II attended the Royal Cremation Ceremony of His Majesty the late King. The Thai and British Royal Families have had long and close ties for several centuries.

President of the United States, Donald J. Trump, sent a Presidential Delegation to attend the cremation ceremony. President Trump extended his condolences and said “the late King was a champion of the Thai people… and his innovative work, diplomacy, and 70 years of selfless service will ensure that his legacy will live on for many generations to come.”

The special envoy of China’s President Xi Jinping, Vice-Premier Zhang Gaoli attended the royal cremation ceremony and expressed China’s deep condolences and reverence to the late king and conveyed President Xi’s best wishes to King Vajiralongkorn. Zhang said “the late King had made a great contribution to the development of Thailand and the improvement of the Thai people’s livelihoods and was also a great friend of the Chinese people.”

Federal Minister for Energy Awais Ahmad Khan Leghari of Pakistan attended the Royal cremation ceremony and said “the late King played a fundamental role in the development of Thailand and the wellbeing of the Thai people. He will also be remembered for his vision and leadership in promoting Thailand’s relations with the international community.”

Nepal’s Defense Minister Bhimsen Das Pradhan and Khaga Nath Adhikari, the Nepalese ambassador to Thailand, participated in the royal cremation of Thailand’s late monarch. During a brief audience with the new Thai King Maha Vajiralongkorn, Minister Pradhan expressed condolences from the government and the people of Nepal to the Thai king, the royal family, and the people of Thailand for their loss.

Mini-Interpol
ASEAN has identified the rise of radicalism and terrorism as the biggest security threats in the region. At a recent meeting of the ASEAN Defense Ministers, the creation of a mini-Interpol for ASEAN counterterrorism was proposed. Indonesia, Thailand, Malaysia, Brunei, Singapore, and the Philippines would share intelligence under the ‘Our Eyes’ initiative. Each country would create a new intelligence unit that will be expected to collect and disseminate intelligence. This type of multilateral intelligence sharing is not common in the region as bilateral sharing between countries is preferred.

ASEAN Legal Aid
The ASEAN Intergovernmental Commission on Human Rights (AICHR) met in Bangkok to promote legal aid in the ASEAN region with over 80 national and regional researchers participating. The AICHR believes that the study of legal aid is an important part of the implementation process of the ASEAN Economic Community Blueprint. Of particular interest to the researchers are legal aid services for specific groups such as women, children, victims of trafficking and migrant workers and the implementation of legal aid for thematic areas.

Singapore News
Car Population Growth
In February 2018, Singapore will end any future car population growth in the city-state due to the shortage of available land and planned public transportation projects. Roads take up 12% of Singapore’s total area at present. Singapore plans to invest US$20 billion in its rail and bus networks over the next five years. The current vehicle growth rate is 0.25 percent a year for cars and motorcycles.

Vietnam Watch
SME Challenges
A leading regional business advocacy group says that the start of the fourth industrial revolution will present challenges to Vietnam’s small and medium-sized enterprises (SMEs). The challenges include better access to domestic and international markets to be part of the global supply chain, access to technology and information communication tools, and access to finance. 97% of Vietnamese companies are SMEs and are the backbone of Vietnam’s economy.

Laos Bulletin
First Energy Exchange
In ASEAN’s first multilateral energy exchange or trading, an Indonesian company will buy 100 megawatts of electricity from Laos via Thailand’s existing transmission grid. This is the first step towards the ASEAN Power Grid and Trans-ASEAN Gas Pipeline to exchange electricity and natural gas in the region.

Commerce
Hybrid Retailers
The Commerce Ministry is rolling out a ‘hybrid retailer’ program to help small shops modernize and reach a wider customer base. Hybrid retailers will use new technology and an omni-channel strategy that will let consumers shop both online and offline. Omni-channel is a cross-channel business model for sales that seeks to provide customers with a seamless shopping experience whether online, by telephone, or at the physical location.

Travel
Community-Based Tourism
Thailand’s Designed Area for Sustainable Tourism Administration (DASTA) plans to help Laos, Cambodia, and Bhutan to develop community-based tourism (CBT). DASTA will provide its know-how and expertise along with business models to operators and tourism specialists in the three countries. CBT tourism generally operates in rural and economically marginalized areas where local residents invite tourists to visit and offer accommodations and other services.

State Railway
Land Management
The government ordered the State Railway of Thailand (SRT) to accelerate its formation of a wholly owned subsidiary to manage its land resources. With an effective management system, the government believes the SRT could generate THB300 billion over the next 30 years. This will help the SRT with its outstanding THB100 billion debt.

Customs
Transparency
To help boost transparency, the Customs Department now requires senior officials in charge of tax collection to declare their assets to the Finance Ministry when their positions change. To block loopholes for tax avoidance, the Customs Department has changed the inspection model for discharging goods and tax evaluation from an individual to team-based one.

Free Trade Agreement
RCEP
ASEAN and its six free trade agreement partners, Australia, China, India, Japan, South Korea, and New Zealand finalized the negotiating framework for the Regional Comprehensive Economic Partnership (RCEP). This will be submitted to the ASEAN Summit in Manila in November for approval.

Startups
One Stop Licenses
Thailand’s National Broadcasting and Telecommunications Commission (NBTC) received approval from the Cabinet to develop a THB4 billion ‘doing business’ portal. As a one stop solution for startups, the portal will simplify the application and payment processes for licenses and allow for multiple applications at the same time.

Investment
EEC Land Use
The National Council for Peace and Order (NCPO) approved the land use guidelines for the Eastern Economic Corridor to help expedite investment. The guidelines will then be incorporated into the coming national Town Planning Act.

Sorry, the comment form is closed at this time.