THE COURTS OF FIRST INSTANCE 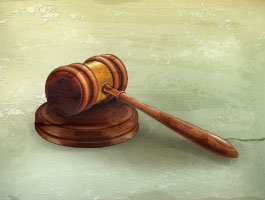 The Kingdom of Thailand has practically adopted a civil or codified law system influenced by the United Kingdom’s common law system and European (Continental) civil law systems; however, the practice of law in Thailand is not as comprehensive as that in the United States and the United Kingdom. In general, civil law or codified law uses the body of law established by a particular country which is then interpreted by its courts. Civil law systems are inquisitorial, have no trial by jury, and use only professional judges who rule on a case-by-case basis by rationalizing and adjudicating the points of fact and points of law being disputed before the court. Thus, precedents need not necessarily be followed as factual issues are regularly arguable that they are not similar to the referred precedents.

The Constitution is the supreme law of the Kingdom and there are thousands of organic laws, i.e., acts, which include, but are not limited to, decrees and governmental notifications and regulations, and are regulated from time to time by the Parliament, the administrative agencies, and the courts. The Constitutional Court settles matters pertaining to issues of validating or invalidating the laws in draft bills under the Constitution. The Administrative Court settles any disputes and litigation between the private sector, the Government, and State organs, and the Military Court is specifically for criminal cases in the armed forces. The Court of Justice, the Kingdom’s civil and criminal court system, is comprised of the Courts of First Instance, the Courts of Appeal, and the Supreme Court (Dika). The Central and nine Regional Courts of Appeal hear civil and criminal cases from all parts of the country and either reaffirm, dismiss, reverse, or amend the lower courts’ decisions. The Supreme Court (Dika) is located in Bangkok and only hears appeals on points of law and/or points of fact which are important material issues; nevertheless, often Specialized Court cases go directly to the Supreme Court when under appeal. Its decisions are final, but not binding as precedents for new cases though. Lower courts tend to follow the decisions of the Supreme Court, nonetheless a challenge on points of different facts is normally expected, and ultimately, a final judgment is at the discretion of the court.

The Courts of First Instance

Thailand’s Courts of First Instance are located in Bangkok and all 110 provinces and districts and include the Civil and Criminal Courts, the Provincial Courts, the District (Kweang) Courts, the Juvenile and Family Courts, and the Specialized Courts – the Central Intellectual Property and International Trade Court, the Central Labour Court, the Central Bankruptcy Court, and the Central Tax Court. In Thailand, the number of judges who hear a case varies from one, three or five depending on the relevant court’s jurisdiction, and most Civil and Criminal Courts utilize three professional judges to make up a tribunal. The First Instance Courts located in Bangkok Metropolis are the Civil Court, the Criminal Court, the Specialized Courts, the Southern Bangkok Courts, the Thonburi Courts, the Juvenile and Family Court, the Minbury Provincial Court, and seven Kweang Courts. Covering both criminal and civil cases with limited jurisdiction, the Kweang Courts operate with a single judge and deal with small matters and petty cases and are characterized by speedy trials and oral or summarized judgments. The First Instance Courts in the rest of the Kingdom are the 96 Provincial Courts which cover civil and criminal cases, the 27 Kweang Courts, and the 29 Juvenile and Family Courts.