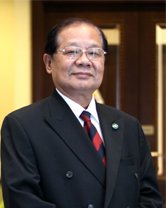 When Dej-Udom & Associates Attorneys-at-Law was established in 1986, the founder’s goal was to establish a boutique Thai law firm with an international networking system that would offer exceptional legal services. Additionally, Dej-Udom Krairit, the founder, wanted to energize young Thai lawyers into pursuing international and cross-border practices. Over the years, the firm has flourished and grown into a full service law firm and has established itself as a trustworthy presence in Thailand and throughout its well-known network in six continents.

Professional Works:
• Former President of Lawyers Council of Thailand Under the Royal Patronage (2003-2016 / 3rd term)
• Council Member of The Thai Bar Under the Royal Patronage (2020-Present)
• Former President of IPBA (1999 – 2000)
• Registered Mediator of the Alternative Dispute Resolution Office (ADR), Office of the Judiciary
• Registered Arbitrator of the Arbitration Institute, Office of the Judiciary

Legislative Works:
• Former Senator (2011-2014)
• Former Member of constitution Drafting Committee (2007)
• Former Chairman of the Sub-Committee on the Proposal for legislation and amendment of Laws in compliance with the Constitution (2007)
• Former Vice President and Member of the Finance, Banking and Financial Institutes Committee, the Senate
• Former Second Vice President of the Committee for reviewing the Intention of the Bill, the Thai National Assembly
• Former Chairman of Counsellor and Member of the Science, Technology and Telecommunication Committee, the Senate

Human Rights:
• Former Chairman of Working Committee to Support Human Rights and Alternative Justice
• Former Committee Member of the Independent Board for National Harmony
• Chairman of the Board for Legal Aid, the Lawyers Council under the Royal Patronage
(2013-2016 / 3rd term )